This entry was posted on January 3, 2018 by LED Display Screen. 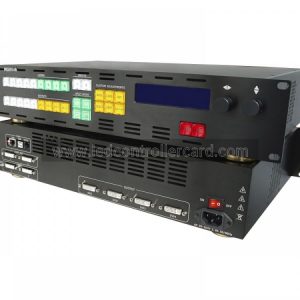 It’s also important to know the role of a VD wall video processor. They help in splitting the single solid images into various images, so they can be displayed individually on each screen. Also, it has two kinds of controllers; one that is hardware based and the other is software based. Hardware based VD wall performance helps in assuring high performance and reliability. Software based controller allow users to install VOIP applications.

These video walls are easy to install and can be made to fit your space. LED video walls are installed for various reasons such as enhancing the ambiance of your business space or for providing marketing and information to your clients, visitors or public. These displays are often found in locations where close viewing is required such as conference rooms, transportation hubs, control rooms and stadiums. It is also important to know the use of led VD wall video processer in VD wall display.

Led walls are few inches thin and they can be moved to any place without any hassle, so there are no restrictions about the kind of suitable venues for led wall displays. Also, these walls require less power and less maintenance than projectors saving significant energy costs to the users.

This entry was posted in Led Video Processor on January 3, 2018 by LED Display Screen. ← Previous Post Next Post →