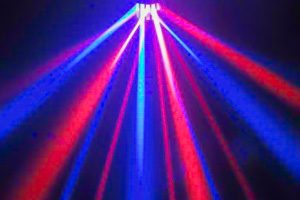 First, let's understand what is the brightness of LED electronic display:

The brightness of the LED light-emitting tube refers to the intensity of the light emitted by the luminous body, which is called light intensity, and is expressed in MCD. The luminous brightness of the LED screen is a comprehensive index, which refers to the comprehensive index of the total luminous flux (luminous flux) of all LED modules per unit volume and the illuminance at a certain distance.

LED display brightness: In a given direction, the luminous intensity per unit area. The unit of brightness is cd/m2.

So what are the brightness requirements of the ambient brightness for the screen?

The general brightness requirements are as follows:

The gray level of LED electronic display screen is very high, which can reach 256 or even 1024. However, due to the limited sensitivity of human eyes to brightness, these gray levels cannot be fully recognized. That is to say, it is possible that many adjacent levels of gray scale human eyes look the same. Moreover, the distinguishing ability of eyes varies from person to person. For the display screen, the higher the level of human eye recognition, the better, because the displayed image is for people to see after all. The more brightness levels that the human eye can distinguish, the larger the color space of the display, and the greater the potential for displaying rich colors. The brightness discrimination level can be tested with special software. Generally, the display screen can reach 20 levels or more, even if it is a good level.

This entry was posted in LED Display Screen on August 4, 2020 by Shenzhen Eager LED Co., LTD.. ← Previous Post Next Post →