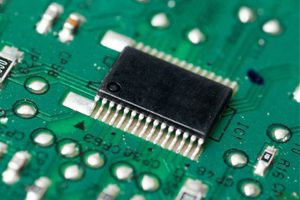 The display quality of the LED display has always been closely related to the constant current driver chip, such as ghosting, dead pixel cross, low gray cast, dark first scan, high contrast coupling, etc., while the line drive is not as a simple scanning requirement Pay attention.

The scan line is abnormal

When the scan screen is switched, it takes a while for the PMOS switch to turn on and off, and the charge on the row line parasitic capacitance Cr is released. Therefore, when VLED and OUT in the next row are turned on, the undischarged charge of VLED in the previous row is a conduction path. When the row (n) is turned on, the row parasitic capacitance Cr is charged to the VCC potential. When switching to Row (n + 1), a potential difference is formed between Cr and OUT, and the charge is discharged through the lamp beads, which causes the LED lamp to dim.

Therefore, it is necessary to discharge the charge on Cr in advance when changing wires. Generally, a line tube with integrated blanking function can quickly release the charge of the parasitic capacitor Cr by adding a pull-down circuit when switching. The lower the set pull-down potential or blanking voltage VH, the faster the charge on the parasitic capacitance is discharged, and the better the effect of eliminating ghosting.

The reverse impulse voltage of the lamp beads greatly affects the service life of the lamp beads, and the dead pixels caused by the back pressure have always been the pain points of the LED display, especially the small pitch.

When an open circuit of the lamp bead appears in the scanning screen and the point is lit, the voltage of channel OUT1 is pulled down to below 0.5V. If the scan line potential blanking voltage VH is 3.5V, a conduction path will be formed for the column of lamp beads, forming an open-circuit caterpillar.

The VF value of the lamp bead is too large

Due to the large VF value of the lamp beads, this column is always on, which is also a problem that plagues user applications. Generally, the nominal forward voltage VF of the green light is 2.4~3.4V. Normally, a green light-emitting voltage difference of 1.8V between the anode and the cathode will make it glow, and the blanking voltage VH of the line tube is too high, which will cause a single row of lamp beads to glow.

Taking the lamp bead forward voltage VF1 = 3.4V as the column, when scanning to the second lamp bead, VOUT and VLED1 are turned on at the same time, the channel terminal voltage: VOUT = VLED1-VF1, the voltage across the other rows V△= VH -VOUT = VH-VLED1 + VF1, if V△> 1.8V, it may be on all the time, that is, VH-VLED1 + VF1> 1.8V, where VLED = VCC (ignoring the voltage drop of the line tube), so VH> VCC-1.6 V is not conducive to solving the problem of constant brightness caused by excessive VF value of the lamp beads.

High-contrast coupling means that bright pictures are superimposed on a low-brightness background, and the low-brightness pictures and high-brightness pictures are in the same color cast and dark area. The high-contrast coupling phenomenon is caused by the column channel passing through the row tube. By designing a clamping voltage method to reduce the line tube blanking voltage, that is, keeping it at a certain level after discharge, the high contrast coupling can be improved to a certain extent. However, this design method will cause problems such as darker short-circuit columns, low gray and red colors, and large VF values ​​of the lamp beads. From the perspective of row driving, the high-contrast coupling can be improved by reducing the blanking voltage, but this will cause the lamp beads to have a larger reverse voltage.

This entry was posted in LED Display Screen on September 28, 2020 by Shenzhen Eager LED Co., LTD.. ← Previous Post Next Post →